3 Reasons Why I Wrote "Resilient Health"

Medical School of the Internet – Part I

This first reason why I wrote Resilient Health has two parts.  The first is the very abundant presence of Doctor Google and what happened to my Facebook feed.

You see, I am a skeptic and a researcher by nature. So when things come across my feed such as:

(Yes, that’s an actual posting from National Geographic, no less)

I want to know – Is this really true?  What does the data REALLY say?

Before the conversation around “fake news” even started, I was the type of person that would question the source and actually seek out and find the ORIGINAL source of the information.

Because I don’t just rely on headlines.  I seek out the original study, the original piece of information that led to that headline.  And I read it to make sure I am understanding correctly what the authors actually found out.

What I discovered is that in the Medical School of the Internet, most people don’t do that.  A lot of the information is just regurgitated headlines which can be skewed and, well, just not right.

I started pinging my friends that were liking or sharing those posts to let them know this information wasn’t true or that they should really investigate the source of their information.

But to them, the fruit expert and the sassy smoothie chick looked like valid and trustworthy sources.  Who could I point them to for good information? 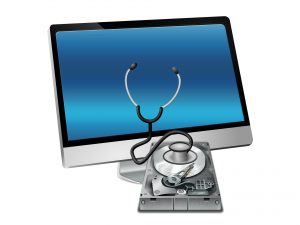 In lieu of Doctor Google, some people still rely on their Healthcare Practitioner (Doctor, Nurse Practitioner, Physician’s Assistant, etc.) for health information.  That is good.  These people study a lot and know a lot and for the most part have your best interests in mind.

BUT, our knowledge is limited.  We only know what we have learned.  And the information that we get in medical school about toxins, detoxification, and environmental health is woefully inadequate.

It took me 10+ ADDITIONAL YEARS beyond 4 years of medical school and 7 years of residency and fellowship for me to learn all that I know about how to stay healthy in our increasingly toxic environment.  This all started back in 2003 when I first heard Dr. Mark Hyman speak about what was going on in our foods and I knew I had to learn more, deciding then to pursue a Master’s Degree in Environmental Health.  But, that still wasn’t enough.

I kept learning more and more to unlock the puzzle pieces of how to stay healthy.  And I am still not done.

Some of my Western allopathic colleagues think that the notion of “toxins” and the need for detoxification is complete BS.  I used to think that too.  Until I really started digging in to the facts rather than resting on my laurels.

What’s the Deal with Everyone Being Hypothyroid?

Shortly after I started practicing at the Chopra Center I noticed that 80% or more of my patients had been diagnosed with hypothyroidism.  Many had Hashimoto’s disease, an autoimmune thyroid condition, where the body launches an attack on your own thyroid.  Others didn’t know if theirs was autoimmune or not.  These were patients coming from all over the U.S. from many different doctors who had diagnosed them.  And although Deepak Chopra is a board-certified endocrinologist, they were not coming to consult with him, they were coming to see me.

It seemed odd to me that this condition was affecting so many people so broadly.  So, being the investigator that I am I started to dig.  What was triggering this autoimmune response?

Now, I’m not going to say it’s all because of the environment, but having seen so many of my patients clean up their bodies and their lives and reverse their autoimmune illness or at least improve their functioning with it has been so gratifying.

I love hearing my patients tell me they no longer need me because they are better!

After seeing such great results, my mission became getting this information out to the public so that everyone can understand what it is we are exposed to and what we can do about it.

It’s not just autoimmune illnesses that have an environmental link, cancer, asthma, allergy, autism, chronic fatigue, fertility issues, headaches, diabetes, overweight and obesity, hormonal issues, neurologic problems and the list goes on and on. It’s like a freaking tidal wave.

A Fly in the Ointment

And then as luck would have it, I myself became sick.  Weird nagging symptoms and chronic pain developed right after I had some silver-colored fillings improperly removed from my teeth.

Despite my healthy lifestyle, despite access to some of the finest healers around, I was not getting better.  So I had to keep digging and digging into my own health mystery to figure out what was keeping my own body from healing itself.  What was the fly in the ointment?

Well, it turned out it wasn’t a fly…It was a tick which had unleashed Lyme Disease and several other organisms and caused almost every single major system in my body to malfunction.

But the solution wasn’t just antibiotics to kill the organisms.  I had to support the repair of each area of my body.  And a lot of that had to do with cleaning up.  So I cleaned up from the inside out.

Working on gut health, restoring my microbiome, releasing heavy metals, avoiding foods to which I had become sensitive, understanding my genetic susceptibilities to not handle mold and other toxins well, optimizing my detoxification system, supporting my immune and hormonal function, cleaning up the products I was using on myself and in my home, managing emotional and mental toxicity.  I did it all.

So the recommendations in Resilient Health are not just things that I have read about, they are steps that I have implemented in my own life to regain my own resilience and once again be able to thrive in our toxic world.

I had many doctors and healthcare practitioners that I consulted with during my healing journey.  Several of them said I would likely not fully recover.  Merriam-Webster defines resilience as “an ability to recover from or adjust easily to misfortune or change.”  What those doctor’s didn’t know is that #IAMRESILIENT.

Just like the lotus flower, we can bloom out of the mud. 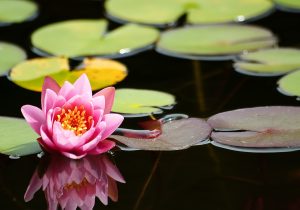